Trustees: Trustees are elected officials.  The Trustees currently are:

The original library was established with a generous donation from Mrs. Charles Leonard in the late 1800s. Mr. & Mrs. Leonard resided at what is now known as Hiller Farm.  The library was housed in the Town Hall until the 1970’s. 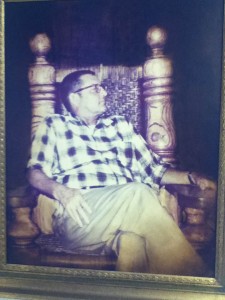 The present library was built in 1976. The building and grounds were donated to the town by Dorothy (Gibbs) Bray Plumb, in memory of her late husband, Joseph H. Plumb who died in 1970. Joseph Hudson Plumb was born in 1913 and prior to living in Rochester, Massachusetts he resided in the neighboring town of Marion, Massachusetts. He was the son of Joseph Plumb and Maybelle Houghton. He wrote at least one novel, entitled TRADING WEST, which was published in Boston by B. Humphries in 1940. It is a sea adventure story. Mr. Plumb was an avid boater, yachtsman, reader, and car collector. He and Dorothy Plumb lived in several of the prominent homes in Rochester. There are portraits of Mr. and Mrs. Plumb on display at the library, and Mr. Plumb’s oversized, solid oak rocking chair is a favorite feature of the library’s seating area.

Mrs. Plumb relied on the help of local builder Robert Sherman, who planned and designed the attractive, cape-style building to coordinate with the existing architecture on the town Common. Located next to the Congregational Church and adjacent to the Town Hall (or Town House), the building now stands as an important landmark in town.

The library was expanded to include the vestibule entrance, modern bathrooms, shelving in the children’s area and vestibule, and new carpeting in 2006.  The small meeting room was completed in 2012, with help from the Makepeace Fund.

The Gazebo was built in 1998 by Rochester resident David Santos.  The Reading Garden was installed in 2008 in memory of Steven Santos.  Peter Gross donated the leaf sculpture, and the marker for the Second Meetinghouse Step.  If you wish to use the Reading Garden or Gazebo for an event, please reserve your date with the Library Director.  The “Hundred Acre Woods” Reading and Picnic area was installed in June 2019 by Eagle Scout Colin Mackin.